The 41-year-old who is unbeaten in all 50 of his career fights made the announcement on Monday, but many have been blasting him including rapper 50 Cent after he picked a younger opponent for the bout which will go down on New Year’s Eve.

In a lengthy post on Instagram alongside a photo of Mayweather and Nasukawa, McGregor blasted the American boxer and joked the pair looked like Chris Tucker and Jackie Chan from movie franchise Rush Hour.

He wrote: ‘Is that a tracksuit or a sauna suit Floyd haha w**. is it hot in Tokyo or what’s the story here? that climate change is no joke f*** me hahah 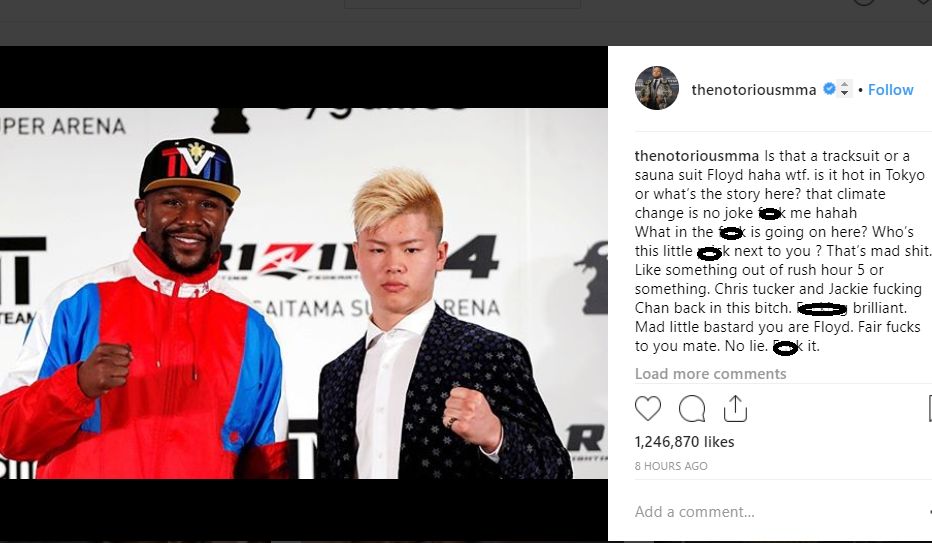 This is so hilarious, we wish them both luck.

Christina Hammock Koch, Alumni Of University Of Ghana Returns To Earth After 328 Days In Space

‘If You Want A Creative Life, Just Have A Calm Mind’ – Regina Daniels

List Of Universities That Gives Admission With Out JAMB

News Premuntmedia - February 18, 2020
0
Below is the slant of individuals universities you preserve come in without JAMB and corresponding programmes they free for such admission you. University of Ibadan...

News Premuntmedia - February 18, 2020
0
INEC has replied the APC over call for fresh election in Bayelsa state - Supreme Court had sacked the candidate of APC and former...

List Of Universities That Gives Admission With Out JAMB